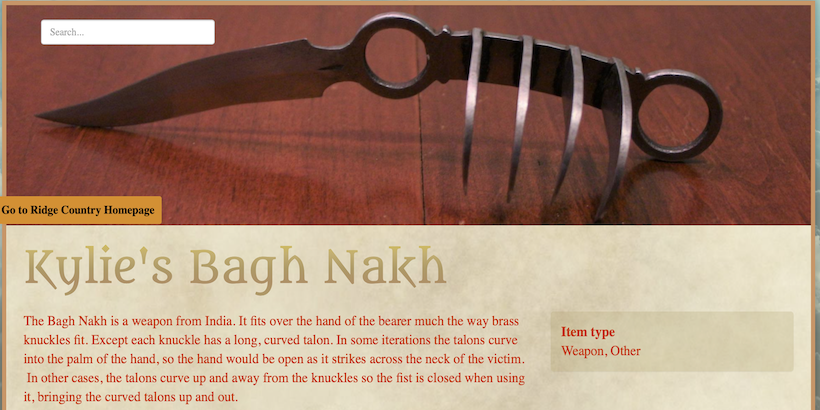 Kylie Tyger is the main character in a new Urban Fantasy novel, TYGER’S CLAW. Well, it’s almost new…I’m finishing the ms. now so it’ll be a while before it’s available for you all to read. But in the meantime, I thought you might like to learn about her and maybe get excited about her world.

It’s not the same old world we live in today. Nope, Ridge Country (that’s what they call it) consists of the ridge of Appalachian and Great Smoky Mountains. Unfortunately, due to massive, excessive climate change and sea level rise, that ridge of mountains is all that’s left above sea level in the eastern US.

Now add in an ongoing low-level radiation leak from the nuclear reactors at various places in Ridge Country and a generous heaping of climate warming and you end up with Ridge Country…a place that’s run differently than anywhere else you’ve seen. The people are different, the government is different, everything is changed.

Kylie…well, she’s an unusual person and has unusual talents in a lot of things. She has a twin brother she’s crazy protective of. She’s got a missing-for-15-years older brother and sister she fears are long dead. And she’s got an agenda to find out who attacked her family 15 years ago, killing her parents and sending her down a dark path.

But, hey. She’s Kylie Tyger. She can do anything. She’s a fashionista to her toes, so as long as she has something cute and adorable to wear the other guys will never see her coming…

This site uses Akismet to reduce spam. Learn how your comment data is processed.

Get Your Free Page-Turner Scene Checklist